Our Betty White Interview: The Lorax, Her Love Of Animals, And What’s Next For Her Career

Betty White talks about taking on the role of the spunky grandmother in ‘Dr. Seuss’ The Lorax‘.

The legendary actress and comedienne sat down with a group of us to chat about her work as Grammy Norma in ‘The Lorax‘ (in theaters this Friday, March 2nd!), her work with animals, and so much more! And for the record, Betty is JUST as you hope and imagine she will be in ‘real life’: classy, warm, kind, and witty beyond belief.

How did you get involved with the movie?

Betty White: “They called me and asked me. It’s all the things that I believe in and love. And I think it’s a great message to send out to kids to get the thing across about appreciating trees, for example.”

Was it hard to do the animated voice over alone like in a studio without other actors?

Betty White: “Well, you feel kind of silly because they ask you to make all these weird noises and you don’t know what they mean by, well, it’s a gasp, but you’re doing this. So, you’re sitting there by yourself and you finally feel rather ridiculous. But, somehow, pretty soon, you get into it, and then you get into the beautiful visual thing that it is as well as the Dr. Seuss loveliness. And so, I thoroughly enjoyed it. I really enjoyed it.”

Betty White: “Overall, the beautiful colors and the celebrating the environment and the caring about the environment, which is one of my big, big, big things, and the fact of looking for trees and wanting to find trees. Dr. Seuss has a way of doing, you could get into it. I hope everybody else loves it as much as those of us involved in it.”

Betty White: “I told my agent no way. I had turned down hosting Saturday Night Live three times earlier on in my career. And they asked, why. I said, because it’s so New York oriented, and I’m such a Californian, I thought I’d be like a fish out of water. And he said, ‘no, you’ve got to do it’. I said, ‘no, I don’t’. He said, ‘yes, you do’. Well, you can see who’s the boss in our agency. But I must admit I had a wonderful time. Lorne Michaels [Creator and Producer of Saturday Night Live] is a genius, and he, Tina Fey and Amy [Poehler] brought all these wonderful gals back to help me. And we had the time of our lives. It was really fun.”

You have the most brilliant comic timing. Were you the funny kid?

Betty White: “Oh, bless your heart. I was an only child with the best mother. I did a magnificent job of choosing a mother and father. And there wasn’t a straight man in the house. I mean that in a nice way.
But, we would have Sunday morning breakfast together or we’d have dinner together every night around the table, and my dad would always ask me how things were at school and somehow, we’d get into silliness and fun. And we also would talk very seriously. It wasn’t all giggle time. But, I think those dinner tables and those breakfast tables went a long way on teaching me how to appreciate the positives as opposed to the negatives.”

Professionally, you’ve done so much. What have you accomplished that you’re most proud of?

Betty White: “It sounds self serving if you say what you’re most proud of, but the thing that I’m happiest about, well, I’ve worked with the Morris Animal Foundation for over 50 years, I’ve worked with the Los Angeles Zoo for over 50 years. The Morris Animal Foundation is an animal health organization, and we fund humane studies into specific health problems – dogs, cats, horses and zoo and wildlife. And at one point, I said nobody was addressing pain in animals. They took care of the animals and all that, but they didn’t think about the pain side of it. So, I said, we’re a scientific study organization. Why don’t we get some studies going on alleviation of pain, because that could be used in veterinarians, in shelters and everything? They said, yes, but how would they fund that? Well, I had just gotten a commercial that was paying me too much money for the commercial for the work I was doing. I said, okay, I’ll start it. And so, bless their hearts, they sent out these brochures about anybody wanting to research that and study it. And now, there’s not a scientific study that Morris Animal Foundation funds–and they fund hundreds–that doesn’t have pain medication built into the research. And I think I’m happiest about that.

Did you have animals growing up or how did your love for animals come about?

Betty White: In the womb, yes. My mother and father were just as big animal nuts as I. And I thank God they passed it along to me because that’s a big part of my life.

You’re such a vibrant spunky person in real life, on TV and film. And you’ve lived such a great, full life. Do you have secrets or tips for women and men of how to make the most of everything that you do?

Betty White: “Well, if you don’t appreciate something as it’s happening, if you look back and say, oh, gee, that was a great time, I didn’t realize it at the time, you’ve missed it. So, everything isn’t sweetness and light. You get some bad times, too. But, by appreciating and celebrating the good stuff, you can handle the bad stuff better. And sometimes, you wonder how did you get this lucky, you’re going to owe it down the line somewhere along the line, but enjoy it now while it’s happening.”


How did it feel to have the world celebrate your birthday and to have the President wish you a happy birthday?

Betty White: “Do you believe what he did? He broke me up. I’ve never met him. I’m a tremendous fan of his, but I’ve never met him, anything like that. So, my agent called and he said, “Wait till you see what President Obama did.” I mean, the people out here didn’t generate that. They did that in Washington, and I loved him picking up my picture and putting it so it blocked Michelle’s picture. I still can’t believe it. I play it over and over again, and that kind of sense of humor and the fact that he would take the time to do that. But, it really blew me away and made me laugh and still makes me laugh. That’s a way to celebrate your birthday. He didn’t have to do that to get me to vote for him. He didn’t have to go to all that trouble.”


Do you have more projects in the works?

Betty White: “Yes. When they did the birthday special, at the end of it, there was a half hour of a hidden camera show that I’m producing. NBC is real happy with that. And Telegdy [Paul Telegdy, President of NBC Late Night Programming] called and said, don’t go anywhere because we’re thrilled with the show and with the numbers. So, we don’t have a time slot yet, but I think I’ll be busy on that. I was supposed to just be executive producer and not be on camera. And NBC insisted I do the wrap around. So, you’re stuck with me again, guys. You can’t get away from me. “


Is there a character that you’ve played all through the years that’s closest to you, you think?

Betty White: A lot of people think Sue Ann Nivens [The Mary Tyler Moore Show] probably, the neighborhood nymphomaniac. But, I like to think Rose [The Golden Girls]. I like Rose because she was positive and she was not too bright, but good hearted. I loved Rose, I really did.

Do you still have St. Olaf stories in your head?

Betty White: Oh yes, oh yes. And it was not easy to do St. Olaf stories. When the other girls were sitting over there and the camera will cut to me when I’m telling a story, and they gave me these unpronounceable Scandinavian words, and the girls are all saying ‘she’ll screw this up, watch this.’ I can’t believe that I’m the only Golden Girl left. They were so special.


What do you do when you have some free time?

Betty White: ” I don’t have some free time. I’ve got a wonderful golden retriever, and he and I make the most of all the time that we can together. My dining room table you can’t see over, I’m not doing a good job of getting caught up. But, I come home at night and bring the mail in and turn the news on. And Pontiac is right up here. And so, he’s so thrilled to see me settled for a minute where I’m not getting up and going out. So, when my books come out, I have book signings that I have to do. So, I’ll bring a box of books out. And he sees that box come out, and he loves it. And he gets up on the couch because he knows mom’s going to go through this whole box and sit still while she’s doing it. So, it’s a lovely relaxed time. But, I’m still getting something accomplished, but I’m with my best buddy.

Have you ever made anybody mad in your life?

Betty White: “I have two ex-husbands.” 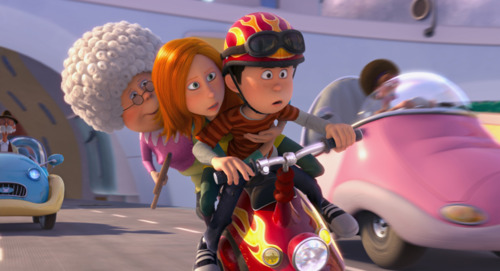 Kathleen Spencer is a pop culture fanatic, movie aficionado, lover of celebrity gossip and is a confessed mommy blog addict. Kathleen has a decade of experience writing about the trials, tribulations and triumphs of celebrities and their cohorts.

This Gift Will Make Your Loved One Cry (Happy Tears!)…

It’s impossible to buy my father anything. If he wants something, he buys it for himself and, at his age,…
Family 5 months ago

You might know Souper Cubes from Shark Tank where the product wow’d with its ability to facilitate make-ahead freezer meals. If you…
Parenting 5 months ago