Before cell phones and streaming services, outdoor play ruled. I’m personally more and more nostalgic for those times, but it’s simply not realistic to ban all screen time. There are, however, classic play things that were around when we were kids that now, decades later still provide plenty of fun and encourage kids to be active and get outside. Stomp Rocket anyone? Who doesn’t remember playing with these as kid (at least if you’re a parent who grew up in the 90s).

The award-winning OG brand of 100% kid-powered rockets and toys offers STEM learning through play (Stomp Rocket Stunt Planes and Stomp Rocket Dueling Racers have even been named 2022 Toys of the Year by various outlets).

The Original Stomp Rocket includes rockets that soar up to 400 feet in the air as well as toys that are appropriate for kids as young as age 3, but they’ve got a ton of new launches that are just what kids need to get out energy this summer. Keep reading for a look at some standouts! 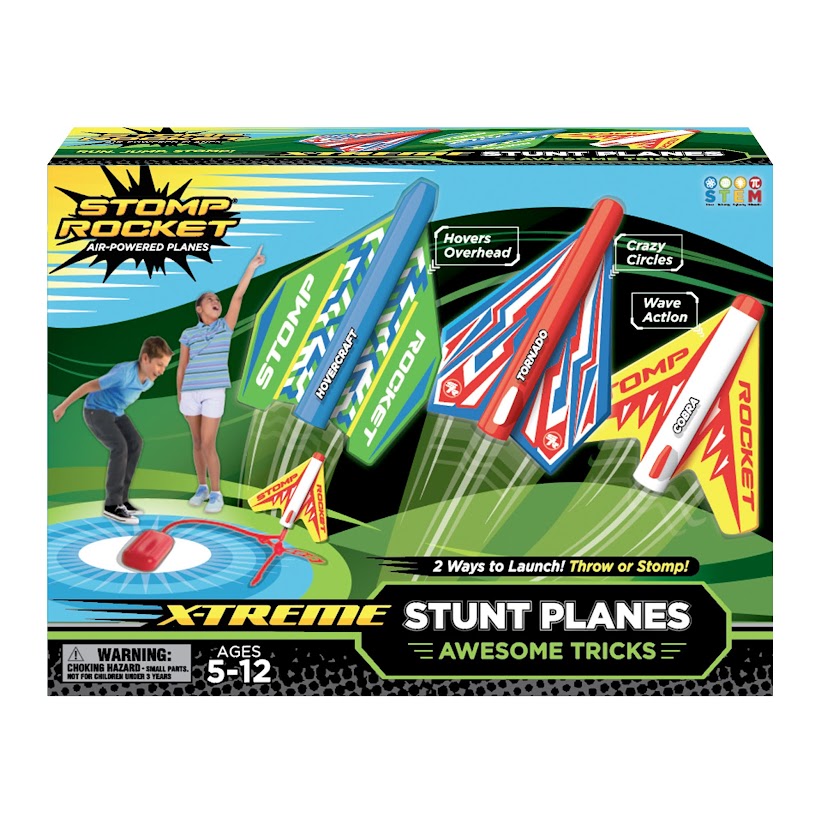 Stomp Rocket X-Treme Planes – Designed by aeronautical engineers, planes hover overhead, glide and make circles. By adjusting the angle of the launcher, kids can experiment and learn about trajectory, force and aerodynamics.

Stomp Racers – Children learn about speed and force to race their car the farthest. No batteries required. 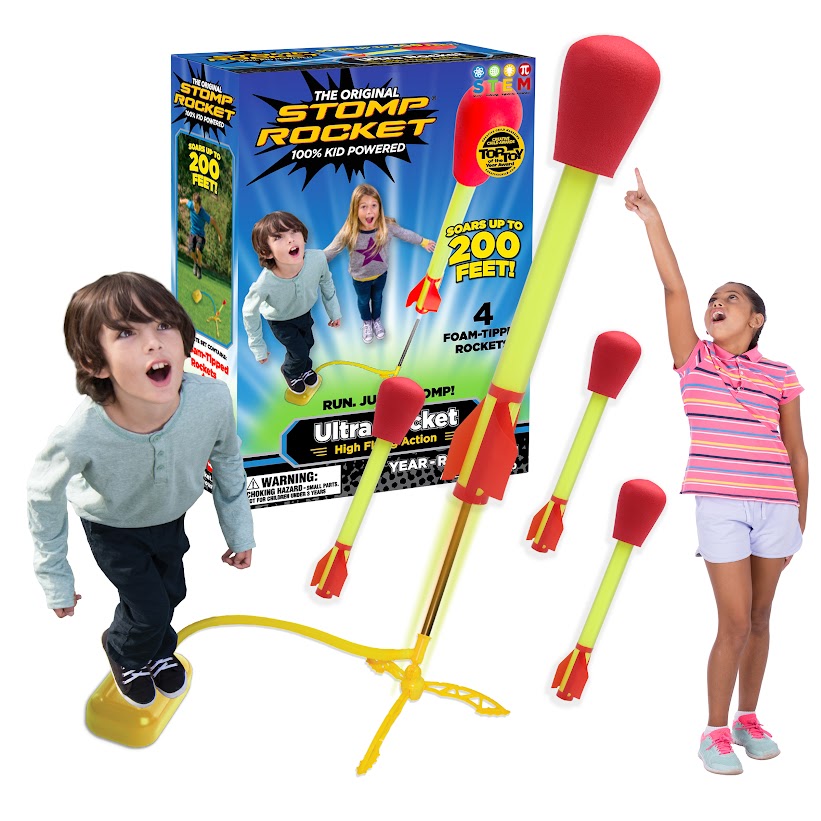