With so many expenses and the rising cost of insurance, it can be tempting to risk going without pet insurance for a cat or dog, the idea being that if something happens you will pay for it as and when.

However, as someone who had to make an entirely unexpected and very large claim when my cat was only two years old, I would never recommend doing this and I personally view pet insurance as an essential part of ownership.

My cat was only just two when he became ill with a urinary tract disease, the first signs of which were blood in his litter tray and visible discomfort.  I rushed him to see a vet.  My cat was catheterised overnight and given antibiotics, supplement twice per day, and some special food to try and prevent the blockage from returning but unfortunately it did return.  After three unsuccessful attempts to clear the blockage in this way, the vet suggested surgery in which his penis would be partially removed and he would pass urine more like a female cat, thereby removing the narrow tube which was becoming blocked.  I knew that if this operation was successful it would hopefully solve his problem permanently, but if he didn’t have it he could suffer frequent blockages and be in and out of the vets.

The choice was clear to me: after seeing him in so much pain and stress from the blockages we gave our permission for them to carry out the procedure.

I should mention at this point that the costs were mounting up by the day, and the surgery was an expensive, intricate procedure.  This would mean the total costs for his treatment would exceed £3,000 including the surgery, and he would still need to take the supplements for life, at an additional cost of approximately £100 per year.

Whether I’d had insurance or not I would still have gone ahead with the surgery because I knew that he needed it, but it would have no doubt led me into a lot of debt in order to fund the bill.  Fortunately however we had gotten our cats insured when we adopted them, so I only had to pay an excess, and because I’d chosen lifetime cover, if the same problem ever does return I can continue to claim in future.  Lifetime cover is more expensive than individual illness cover but it will pay out (to a maximum amount per year) for the same condition if it recurs.  Individual illness cover pays out to a set amount, but once that amount is reached no further claims are allowed for that illness.  The type of insurance you choose depends on your own preferences and circumstances but do bear in mind what the different options mean as it is not always clear.

Following my experience I would always recommend anyone with a cat or dog to take out at least a basic form of pet insurance.  It may be expensive but, if you do need to make a large claim as I did, could prove invaluable and also gives you excellent reassurance and peace of mind. 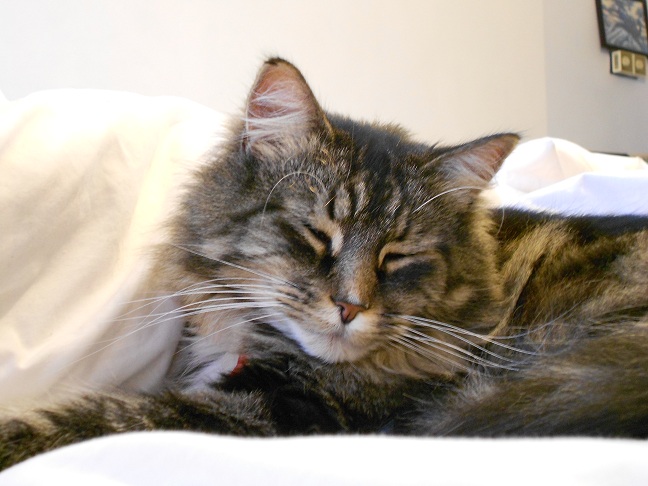