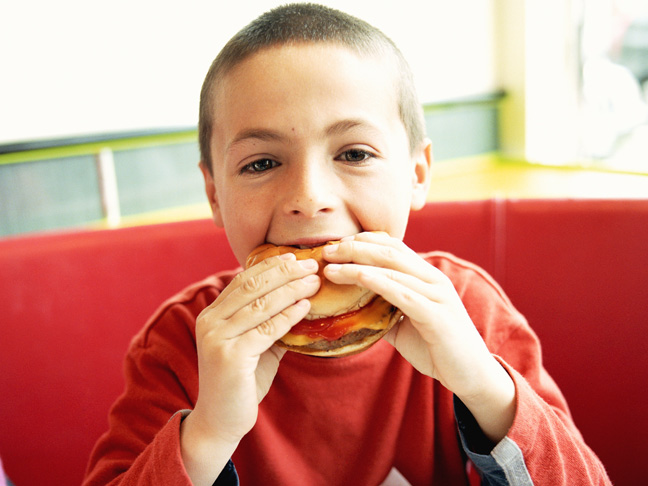 Burger King has issued a statement announcing that they have removed fountain drinks from their Kids’ Menu boards and will no longer merchandise them as part of their popular kids’ meals, according to The Today Show.

The company will allow customers to ask for the soda to be included in the meal, but instead of the sweet fountain drink, the regular offering will be a choice of 100 percent apple juice, fat-free milk, or low-fat chocolate milk.

“This will help children eat better now, as soda is the leading source of calories in children’s diets,” Margo Wooten, director of nutritional policy for the Center for Science in the Public Interest, a group that has been urging fast food chains to offer healthier menu options, told “Today.”

McDonald’s and Wendy’s have already made a similar change to their own children’s menus.

Advocates believe that removing the sugary drinks from being an automatic inclusion with a kids’ meal will help children get on the path to healthier eating. It could also prevent them from becoming conditioned to the belief that soda is part of every eating out occasion.

Vicki Clinebell majored in journalism at the University of Colorado and headed to an advertising agency before beginning a long career in broadcasting, spanning production and copywriting to Sales and Management for an ABC affiliate station.

Her decision to switch gears to pursue a career in writing fulfilled a lifelong ambition. She started as a blogger for a diverse group of businesses, and now writes for a number of digital publications for companies stationed in her hometown in the Rocky Mountains, and provides advertising copy and media buys for national and regional clients. She finds the research as intersting as the writing—she loves learning about subjects as diverse as construction scaffolding, child safety seats, and the newest trends in beauty and fashion.

How to Deal with Stinky Kids, From Body Odor to Bad Breath

Smelly diapers are a thing of the past. But, now that my kids are older, there's new funk in my…
Children's Health 2 years ago

How Your Family Benefits From Home Cooked Meals

The number of families who frequently dine out instead of sharing a home cooked meal is on the rise. This…
Recipes 4 years ago

Dining Out With Little Kids: A Survival Guide

I’ll never forget the time my Mommy & Me group braved dinner with our young toddlers at an Italian restaurant.…
Parenting 5 years ago